The Best Is Yet To Come 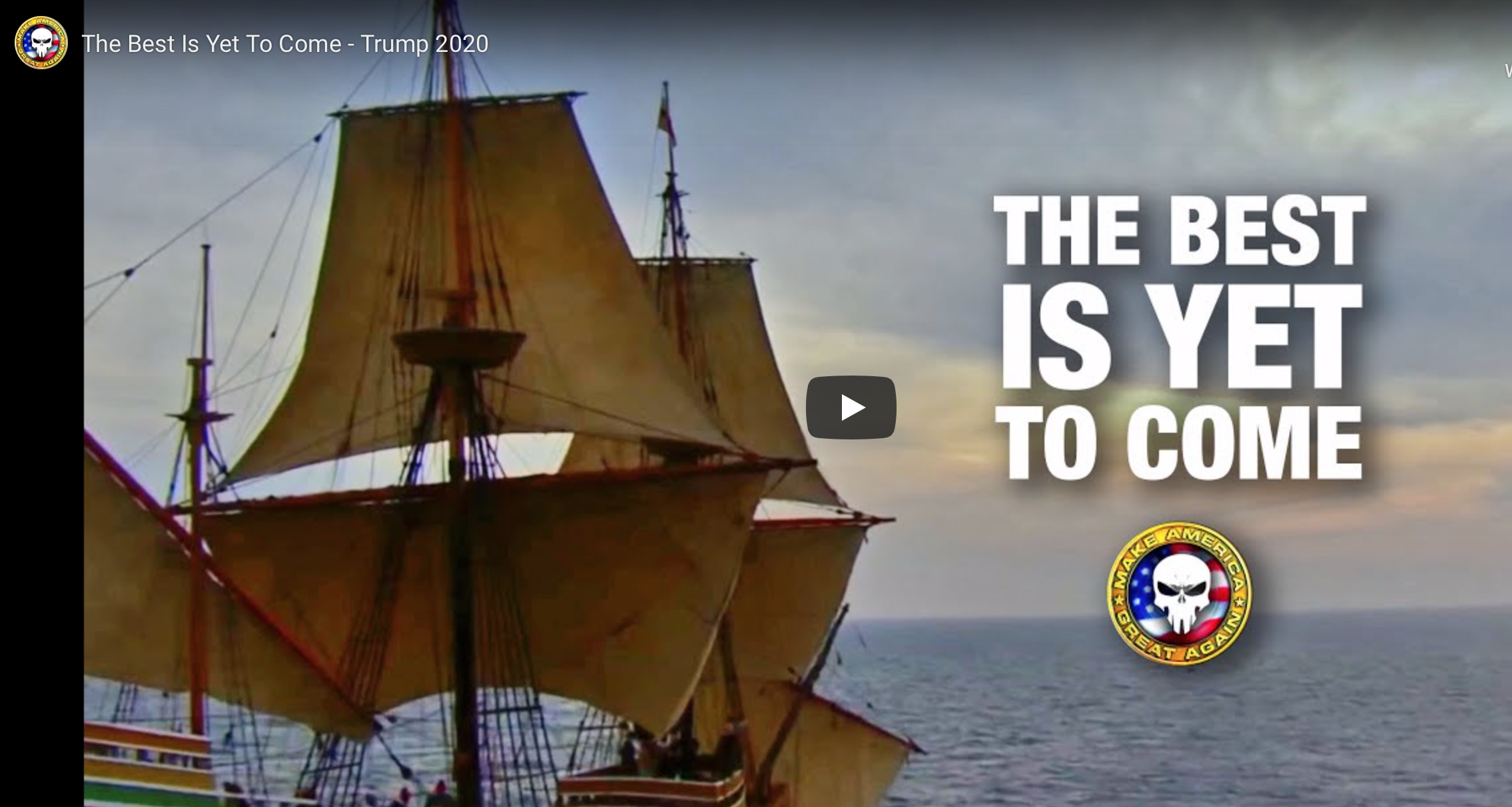 Annapolis was a sea of red on February 18th.  Members of the Maryland Federation of Republican Women, including representatives from the Republican Women of Baltimore County had an action packed day in Annapolis.   They visited with legislators in the State House to talk issues.   There was a brunch with guest speakers including Scott Pressler who is working to clean up America's cities, including Baltimore.  The day ended with Happy Hour at Chesapeake Brewing Company.

The Republican Women of Baltimore County attended a rally for President Trump in Hershey, PA on December 10, 2019.  54 women (and men) went up to Hershey via bus, stood in line to get through security, and listened to President Trump.  As RWBC Member Linda Pearce said, "It was truly an experience of a lifetime."  The Republican Women started out as a women's club but also welcome male members.  Dee Hodges is the club's newly elected President.  For more information on the club, including membership information visit www.republicanwomenbc.com 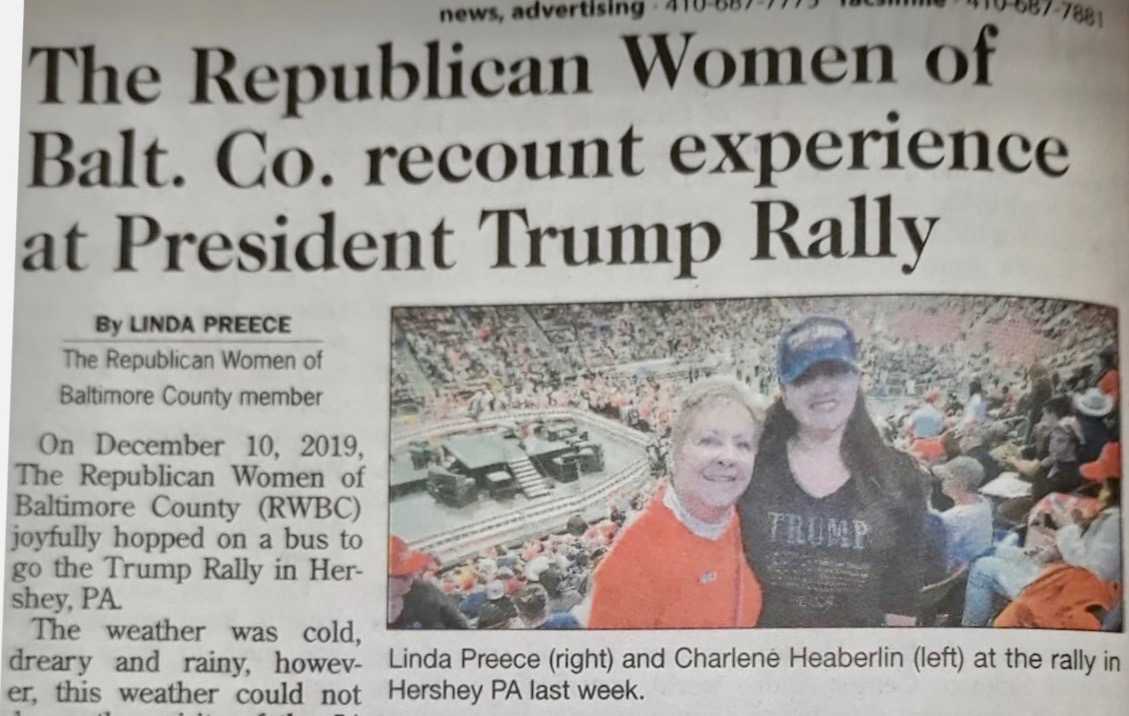 Late last week, Governor Hogan took the next step toward eliminating all retirement taxes in Maryland. The Retirement Reduction Act of 2020 will eliminate all state tax on the first $50,000 of income for retirees making up to $100,000 in federally adjusted gross income. Retirees with Maryland income up to $50,000 will pay no state tax whatsoever in the state of Maryland. This tax reduction would be phased in over five years, beginning next year. We need to continue to fight to make it easier for Maryland families, small businesses, and retirees to stay in our state, and to make it easier for all Marylanders to keep more of their hard-earned money. I’m proud to be a co-sponsor of this legislation and will keep fighting to eliminate the double taxation of taxes on retirement income. 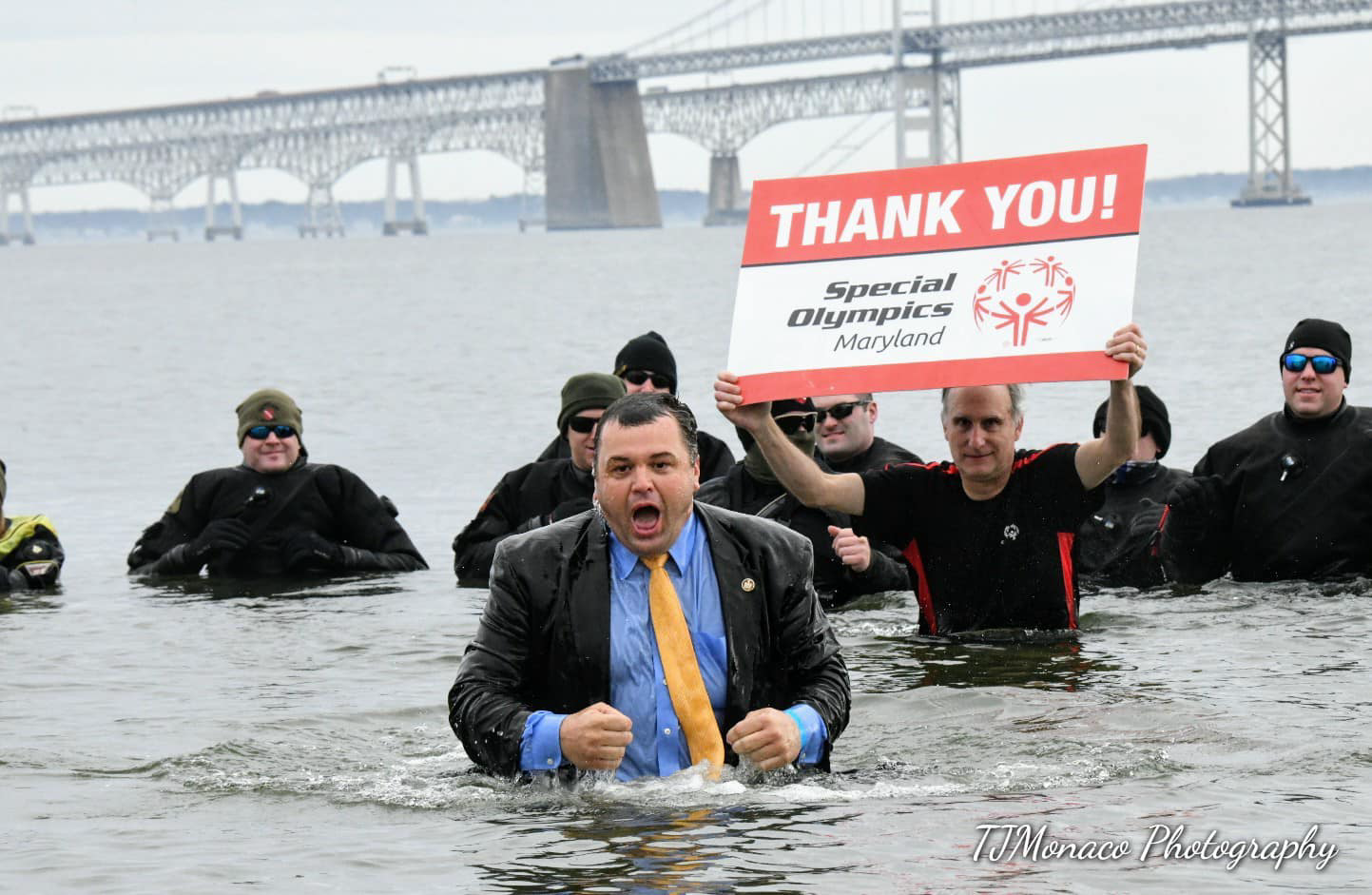 Baltimore County Executive Johnny Olszewski Jr. will release a long-anticipated plan Friday to outlaw housing discrimination based on how a tenant pays their rent.

Olszewski’s HOME Act, for Housing Opportunities Made Equal, would make it illegal for landlords to refuse to rent to someone based on their source of income, including tenants who want to use a federal housing voucher or other forms of public assistance. Olszewski plans to introduce the bill at next week’s council meeting.

The wife of Maryland Democratic Rep. Elijah Cummings is in a major jam and it involves millions of dollars she is hiding.

Maya Rockeymoore Cummings is not willing to reveal the financial documents for her non profit group the Center for Global Policy Solutions.